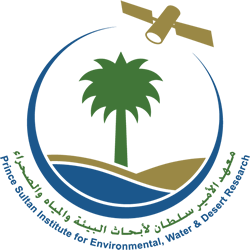 Dr. Al Alsheikh, who is also the Director of King Saud University’s Prince Sultan Institute for Environmental, Water, and Desert Research, discussed the Institute’s extensive initiatives since 2001 in developing Saudi Arabia’s runoff water harvesting and storage capabilities. These include the King Fahad Project for Rain and Runoff Water Harvesting and Storage and the Prince Sultan Project for the Rehabilitation of Saudi Arabia’s Villages and Hamlets.

These efforts have been highly successful, with the strategic construction of dams, recharge pipes, and artificial lakes to maximize the use of the very brief but substantial flash flooding events that typify Saudi Arabia’s rainfall patterns. The delegates participating in the workshop praised the efforts of King Saud University’s Prince Sultan Institute and resolved to present a resolution to the League of Arab States to initiate similar rain and floodwater harvesting and storage initiatives in every Arab country.